4 members of hotelier’s family, maid die due to suffocation in Bhubaneswar

In a tragic incident, four members of family and their maid died of suffocation when fire broke out at their residence located in Budheswari Colony of Bhubaneswar in wee hours of Thursday. Police said the fire broke out around 4.30 AM at the second floor house of Satpal Singh, the chairman of Pal Heights Group which owns a few luxury hotels in the city. The deceased were identified as Satpal’s younger son Gagan Pal Singh (40), daughter-in-law Bhavana Singh (38), granddaughter Sohabi Singh (15), grandson Rubir Singh (8), and house maid Khusi Das (15). 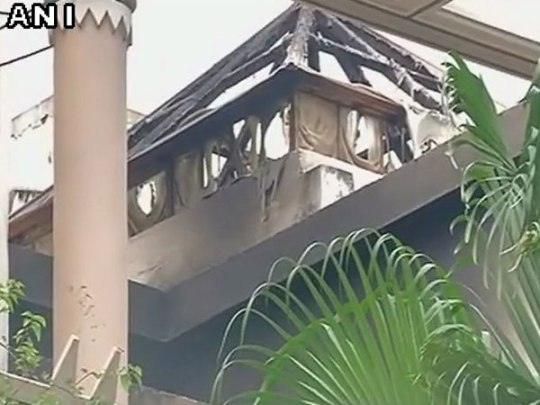 While four of the family died on their way to hospital, Satpal sustained injuries and was admitted to the Capital hospital. His condition is stated to be stable.

Sources said the fire started due to short-circuit in an air-conditioner and soon spread to the rest of the building. A fire brigade official said they got a call around 5 AM and two fire tenders were pressed into service. When the police reached the home of Singh, all rooms were filled up with smoke.